I am reminded of the beauty of music and how it can soothe the soul while uplifting your spirits. This video is worth your time, to hear the story of how it came to be discovered, recorded and now performed in Vienna.

For the first time in his life, actor Sir Anthony Hopkins hears a waltz piece he wrote 50 years ago called “And The Waltz Goes On”. Played by Dutch violinist Andre Rieu and his Johann Strauss Orchestra, Rieu named one of his albums after the song.

I learn a couple of things from this.

1. Talent can be found in the most unexpected places.

2. Persistence is key to anything in life.

What if he didn't call Andre in his New York office? What if that staff person didn't pass along the message of who called? Then again, Anthony Hopkins called himself to get his waltz performed. He waited 50 years to take steps to get his passion heard. Maybe timing was never right and that seeing Andre on TV was the right time for this to come forward. I think so.

3. Get the best when it means the most.

Did he go to a no-name musician? Did he have some in-experienced orchestra record and play this? No, he went to world-renowned musician to have his personal masterpiece exposed to the world. What a great choice he made.

To see another version of this waltz in a much higher definition: And The Waltz Goes On 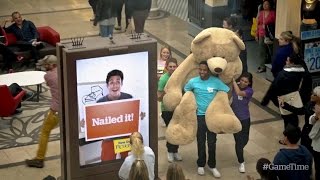 How do you get through life each day?

Negotiations, did you hear me?

How do you get through life each day?